It is natural for people to lose interest in the things they find common and ordinary, more likely in the things they see everyday—like glass. Today, glass can be seen almost everywhere; windows, eyeglasses, mirrors, cups etc. It became boring that we tend to overlook the things beyond it that made it an art form by it self.

Back in the days, glass was used to symbolize power, wealth and sophistication. Remember Cinderella? She stood out because she was the only one wearing glass slippers. But today, that is not the case.

With this five facts, we will try to make you look at glass like you’ve never seen one before. Glass is embedded with the human history, ever changing its forms, composition and style to fit with what the world needs it to be.

1. Did you know that the first manmade glass coexisted with the Pharaohs?

The first real evidence of manufactured glass was dated to 3000 BC, in Egypt. The Mesopotamian empire depended on Egypt and Syria when it comes to glass production, hence, they were considered the hubs of glassmaking in the ancient times.

2. Glass can be made without the presence of humans.

Glass is a product of nature. Even before the ancient inhabitants of the world knew what glass is, the earth was already making it. When a lightning strikes to sand, the heat produced by the electricity fuses with the sand and a long, slender glass tubes are produced. These byproducts are called ‘fulgurites’.

Also, glass can be made without the efforts of us humans when the intense heat of a volcanic eruption combines with rocks and sand. It produces another kind of glass called ‘obsidian’. In earlier time periods, people learned to form obsidians in to different shapes, making prehistoric knives, arrowheads, spearheads, jewelry and even money. 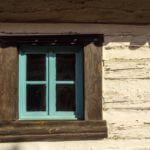 3. The Romans were first to use glass for windows.

Back in 100 CE, the Romans initiated the idea of putting glass on their window openings. But it was until 1,500 years later when doing so became common and conventional in ordinary houses in England.

During the Victorian Era, glass bottles and flasks were intrinsically made as a container for whiskey. These were called ‘flint glass’, which were characterized as the better form of glass because of its notable difference in terms of clarity compared to the normal type.

It was called “flint glass” because of the added ingredient: flint powder.

5. Glass don’t lose its quality no matter how many times you recycle it.

Glass can be recycled infinitely, and unlike many other things, it doesn’t decrease its quality and every recycled glass can be mistaken as brand new.

Have you ever wondered what happens to the broken glass that is removed from peoples homes or wastage left over when cutting a sheet of glass. Think about glass bottles and jars that you would have carefully washed and recycled. This infographic looks at the journey of a glass, from when it is first placed in a Melbourne recycling bin to what happens on the recycling journey. It is estimated that about 90% of such glass will be recycled into bottles, jars and all sorts of interesting products from match tips to tiles and counter tops.